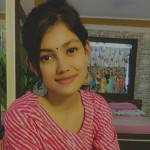 A week ago, a massive confirmation was made by Samsung. In fact Samsung India announced that it will be launching the Galaxy F41 smartphone on October 8. In addition to this the scheduled time for the launch is 5:30 PM IST. Moreover a huge information has been received regarding the smart phone. This new stuff will be equipped with 64 MP triple cameras.

Prior knowledge regarding the brand

Firstly the Samsung Group is a South Korean multinational conglomerate. In addition to this headquarters of the company are located in Seoul, South Korea. This gigantic company was founded by Lee Byung- Chul in 1938. Furthermore this brand initiated as a trading company is the largest South Korean chaebol.

Earlier a confirmation was made by Samsung regarding the launch of Galaxy F41 smartphone. In the second place the smartphone’s appearance has already been revealed through its microsite at Flipkart retailer site. In addition to this some features were revealed. Galaxy F41 will be arriving with an S-AMOLED display with Infinity-U notch, a 6,000mAh battery.

Now a major revelation comes our way. In fact the prior information is now present in an updated version. The listing is updated with a new image of the phone. This exclusive image confirms that it is equipped with a 64-megapixel triple camera. In addition to this a 32-megapixel selfie camera is also present. Finally this adds a lot to the advanced features of the gadget that will arrive soon.

This new gadget by such a renowned brand is initially grabbing many eyeballs. The list of the features include massive advancements. In the second place the smartphone is rumored to be available in color options such as black, blue, and green. The availability of triple camera is going to make this phone a priority for the buyers.

Firstly strong speculations are doing rounds that the device could be priced around Rs 15,000. In the second place the South Korean brand is likely to reveal some of its other specs and features through the Flipkart microsite in the upcoming days. Also a rear-facing fingerprint scanner is present. It is being speculated that the amazing device will be exclusively available through Flipkart in India.

Also read: WARZONE SEASON 6 : comeout soon as per sources MODERN WARFARE ON PS4 AND XBOX ONE